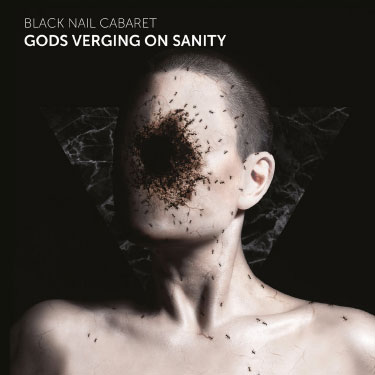 Founded in 2008, Black Nail Cabaret was originally a female duet comprised of Emese Arvai-Illés and Sophia Tarr. This singular Hungarian duo has never ceased to refine its brilliant pop, but with ultra black varnish on top, over the successive albums and labels that have welcomed its productions since 2015, after the first self-produced "Emerald City" released in 2012. Today, Emese and her companion Kristian Arvai, the band’s producer since the very beginning who replaced Shopia for the previous album "Pseudopop", share a tour with Covenant, gradually give up on confidentiality for a major European exposure and have just released a fifth perfect album called "Gods Verging on Sanity". We took the opportunity to chat with Emese, the voice of Black Nail Cabaret, about a career already rich in twists and turns, delighted with the growing recognition which her group is starting to enjoy today.


Emese, the first time I got to hear your voice was on Architect’s  “Mine” album back in 2013. How did you happen to sing on half the tracks of that record?
We played a show with Covenant and De/Vision in Budapest back in 2011, this is when Daniel Myer saw us for the first time. He asked me backstage whether I would be up for a collaboration and I instantly said yes. 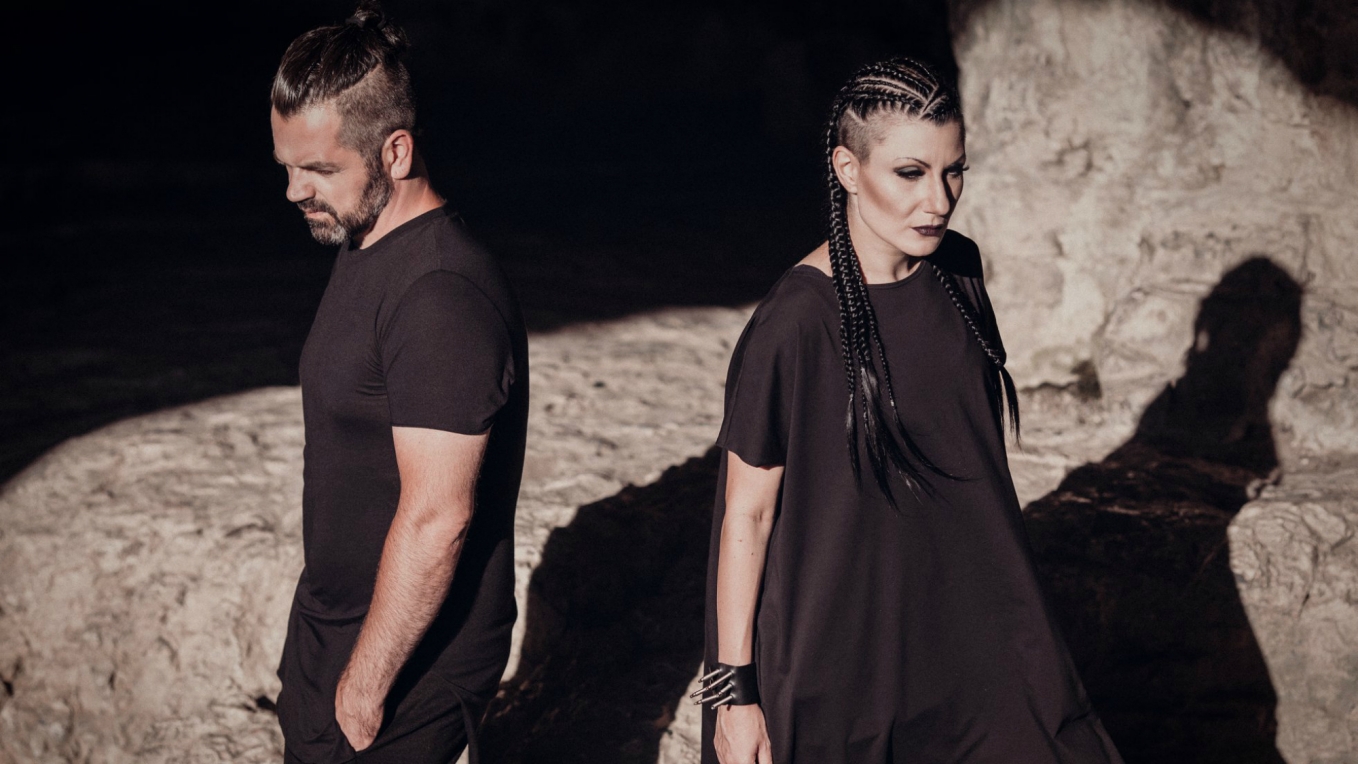 Is it how you ended up signing onto the Basic Unit Productions label for “Harry Me Marry Me Bury Me Bite Me ” and “Dichromat ”, your 2015 and 2016 albums?
Kind of, yes. We were playing a show with Architect at Infest Festival in Bradford, UK, I think it was in 2014. This is when Daniel introduced me to Dejan Samardzic from Haujobb who is also responsible for Basic Unit Productions. We had a chat about music, including Black Nail Cabaret. He asked me to send him some of our new stuff and it turned out this is something they would be interesting in releasing.


Today, “Gods Verging on Sanity” is being released on Dependent records, an impressive European label. How did that happen? I’m assuming that you are proud of how things turned out?
Absolutely! We parted from Basic Unit before our previous release, to establish our own label and to see how things go on this level. It was a great lesson! We’ve been kindly told by many fellow musicians, including Dejan that the next obvious step for us would be to find a bigger label, to get more exposure, but we were not desperately on the lookout. We just left the channels open. Dejan and also Martin Sane (from Fix8:Sëd8) both suggested Black Nail Cabaret to Stefan Herwig from Dependent and he also saw me playing a song with Haujobb at WGT in 2019. He contacted me after that to discuss a possible deal with Dependent. 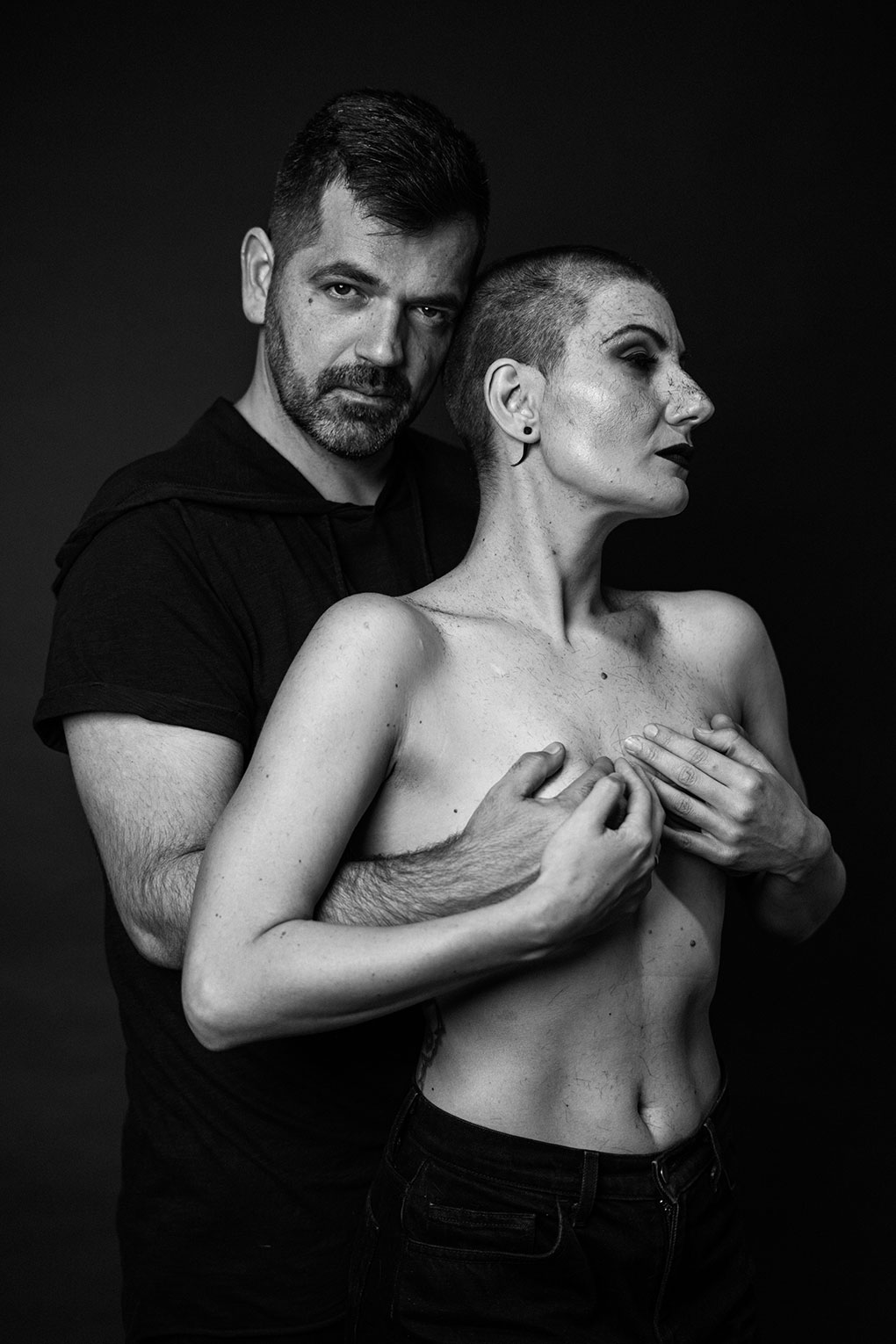 And there was also that spring tour with Covenant which had to be postponed due to the pandemic situation. When does the tour resume by the way?
We were hoping to be able to do the dates in June, but I am not quite sure that is going to happen just yet. Some of these dates have been moved to September and October, and these have a better likelihood to take place.


I see that Covenant has a show in France in Lyon in November. Will Black Nail cabaret open for them there too and are there more dates planned in France?
We were only planned to support Covenant on their German dates, not in France sadly. We’ve never played in France before, so we’re hopeful something will come about very soon, once this pandemic madness is over.


Talking about the global situation, how and where did the lockdown go for you?
We are currently residing in Tatabanya, Hungary. My work connects me to London but as soon as the pandemic kicked in, it seemed to be impossible for me to return for who knows how long, and I miss it greatly! Nevertheless, I think this is a fortunate place to be in. There are supplies in the shops, we were never short of the basics, we can go out without the streets being overcrowded, etc. This is basically a small city compared to London or Budapest, and we are right next to the mountains.
« We are Gods, with an anus. »
Back to the new album and its title : the Gods you’re talking about here are actually the humankind, aren’t they? How are we verging onto sanity according to you?
There is a duality we are struggling with. We are existential organisms, we contemplate our place in the world and at the same time we eat, sleep, defecate and reproduce, just like any other animal. We are having a hard time digesting our own mortality subconsciously, and we fight it in different ways: by art, by creating a family, by power, or we don’t fight it at all. The most amusing example to explain this is probably found in Ernest Becker’s book the Denial of Death, where he quotes one of Jonathan Swift’s poems. It describes the horror of a young man who is being torn by the contradiction between the state of being in love and an awareness of the excremental function of the beloved. Men don't necessarily like the fact that women do all that nasty stuff too, because it reminds them of the loved one’s bodily nature, hence mortality. We are Gods, with an anus.


Looking at the track-listing, I kind of see a chronological parallel with the history of humankind : the record starts with the creation of the world we live on (“Black Lava”), then there’s the spreading of life (“Spheres”), and then it goes through a  God and religions phase (“My Causal God”; “Private Religion”), then there’s technological progress (“Make a Run”) which we kind of lose control of (“Maelstrom”) onto Regression (“Children at Play”). Did you have a plan, some sort of concept album in mind when making this record?
Wow, I did not realise this. The order of the songs was created based on the dynamics and the content of each song. The concept was to create a collection of songs - which I had many of at the time - which are around or are somehow connected to the same isue, this duality struggle. 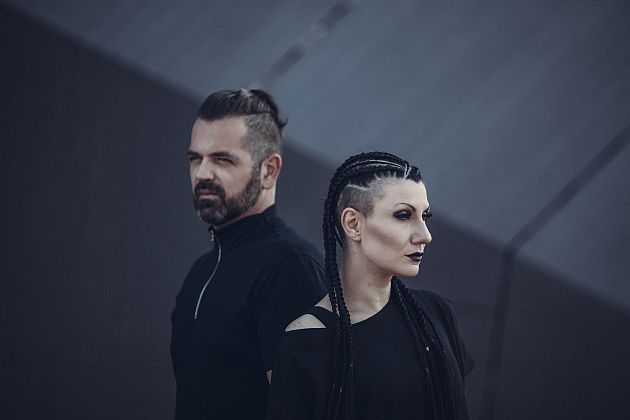 
The sleeve is also very strong with these ants which disfigured this human face in order to establish their own colony. I find it terrifying to be honest. What is its meaning to you, and how did it happen?
The original idea was to emphasise the “animalesqueness” of the human body, and to create hybrids between insect and human. Richard Besenczi, the creator of the artwork and our photographer came up with a sketch for a faceless head covered in ants, which is not necessarily a hybrid but it represents the duality and the struggle beautifully, especially with the hole on the final artwork. I can feel that hole of anxious contemplation sometimes. It turned out to be the strongest one out of all so we used this as the main cover.

Last year you recorded surprising covers for Desireless’ “Voyage Voyage” and Pet Shop Boys’ “Rent” which I see as a follow up to the covers you did of Rihanna, Rammstein, Britney Spears, Talk Talk or Depeche Mode songs back in the days? Is it something that you often do when in the studio?
Less and less often. We used to do more covers when we didn’t have many songs to fill an entire show, or when we were less known as it is nice to play something that everyone in the crowd knows. Now it is mostly for fun. These last two covers were created specifically for the WGT pre-opening Elektro Allstars Night two years ago where we only play covers as that is what that night is about for all performers. We usually don’t play those covers ever again, but these two - “Voyage, Voyage” and “Rent” - turned out to be quite cool and people liked them so much that we played it a few times since, and last year we decided to record them.


What are your personal expectations as well as for the band for the coming months?
I am really excited to explore the possibilities with live stream gigging, and perhaps to perform at places that otherwise would make it impossible to do a concert at with a crowd and proper acoustics. So instead of people, for now, we would perform to buildings or trees etc. We might be able to do some of this during the summer, we will work on it. This is something that we will probably continue exploring once this pandemic crisis is settled. Even so, we cannot wait to be on road again and to actually play in front of people. Nothing can be compared to the energy of a live show in front of a crowd.


ATTENTION: copies of the latest Black Nail Cabaret album "Gods Verging On Sanity" and single to be won when listening to our latest Podcast (here).
Tweet